Our company’s new “About us” page 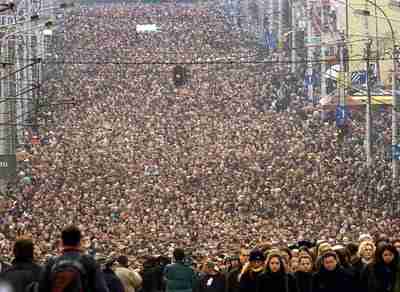 On this day 11 years ago Dr. Zoran Djindjic was killed. Many of you probably haven’t heard anything about Dr. Zoran Djindjic, don’t know what he lived for, nor what he died for. Well, in short – he dies for Serbia! For those of you who want to know more – please watch this short video called “IF SERBIA STOPS”:

Following his death, a small but influential movement emerged throughout Serbia and the Serbian diaspora organized around this short documentary. The documentary itself – “Ako Srbija Stane” – is a collection of edited speeches given by Djindjic on a speaking tour in Serbia shortly before his death. A movement called “Kapiraj” created a network of students and other young people who were committed to copying and distributing the documentary free of charge. 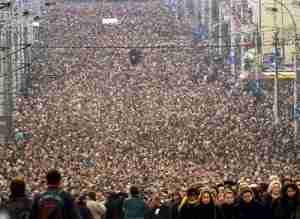 This campaign was known by the slogan “Kapiraj-kopiraj” (which means “Catch on and Copy” in Serbian) and its purpose was to have a “non-party initiative to have as many people as possible hear Djindjic’s message, to put an end to the fleeing from responsibility, and to do the most for oneself so that Serbia does not stop”.

His funeral was held on 15 March 2003 and it was attended by hundreds of thousands of citizens and by foreign delegations. Dr. Zoran Djindjic’s death represented a political and moral tragedy to many Serbs who saw in him a statesman of hope who offered peaceful coexistence with neighboring nations, integration to Europe and the rest of the world, economic prosperity and a brighter future. He appealed to people in Serbia whose goal is for their country to join the West, to join the European Union, and to become “normal Europeans” with normal lives.

Even though I never met Dr. Zoran Djindjic in person and I have never seen him speak live – R.I.P., you are one the of the greatest speakers and politics of the last century!